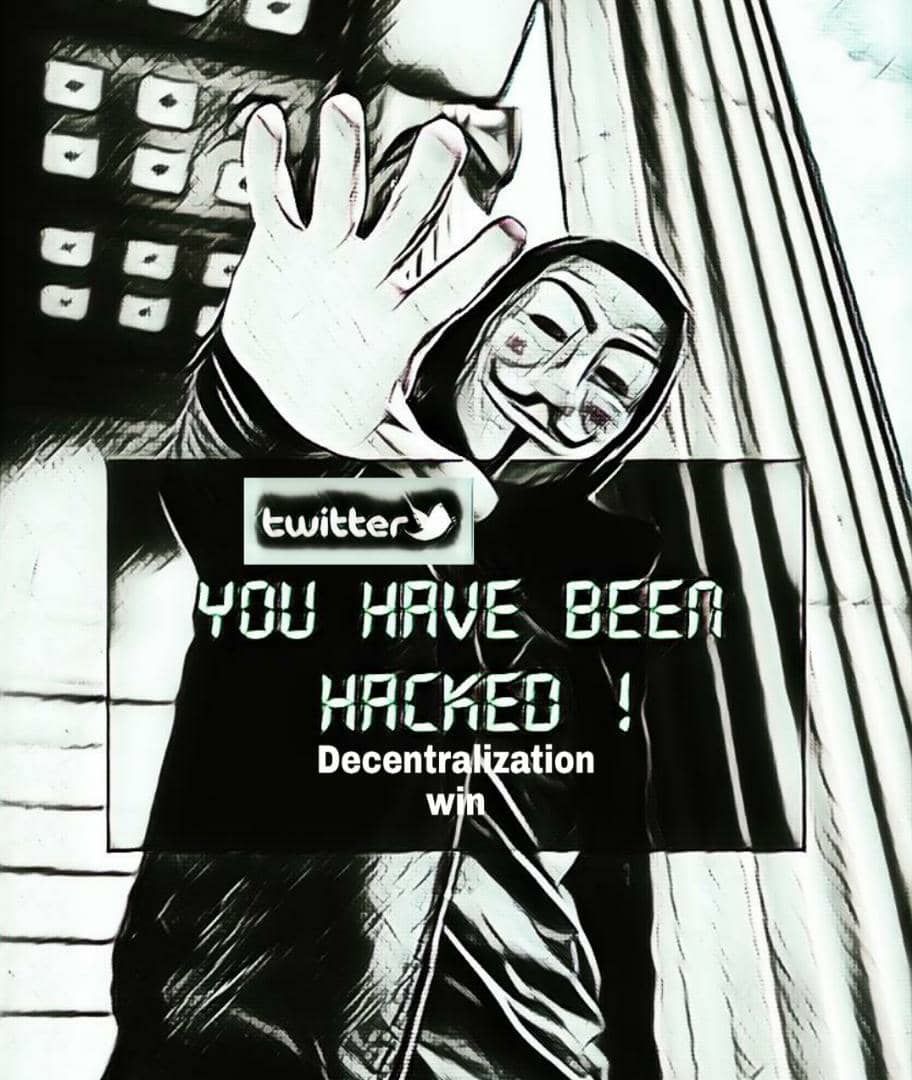 I’m very sure that everyone aware of the recent twitter hack is also aware of Bitcoin’s relation to this incident. Twitter was hacked three days ago and this attack has been termed as a social engineering attack whereby the hackers targeted twitter’s internal employees, using them to hack verified high profile accounts with a lot of followers including politicians, big business CEOs among them were Bitcoin related businesses and enthusiast. These people include Bill Gate, Elon Musk, CZ binance CEO, Justin Sun , Obama etc. This twitter hack has caused twitter to lose over 1.6% of its company stock as at yesterday.

Below are some of the affected accounts and the hackers tweet. Reason with me, there is no such thing as free money anywhere. 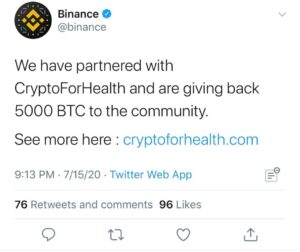 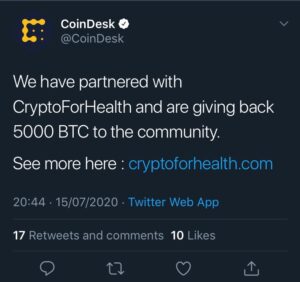 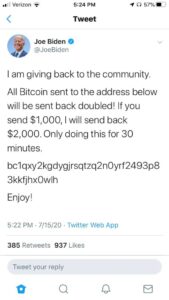 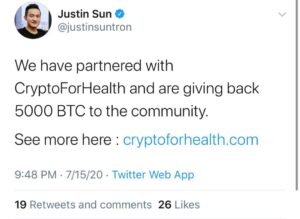 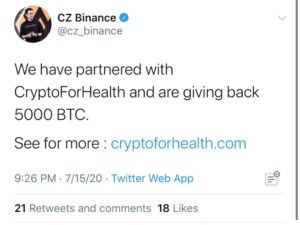 Now, the icing on the cake is that the attackers could have made money off this situation in so many ways, like targeting a company’s stock and tweeting a bad news about its CEO and shortening their stocks. Instead, these hackers wanted Bitcoin! There is a saying that bad publicity can still be a good if it is well channeled. Indeed, they got some people off their tweet and scammed them asking them to send them (hackers) Bitcoin while they double it for them. They successfully scammed some of these people, gaining over 25 bitcoins. Now, of all the ways they could have made money why Bitcoin?

I know people blame it all on Bitcoin and are even saying the whole  Bitcoin idea is a scam. But the problem actually is not Bitcoin, it is twitter as a company and its internal security. The problem is that of centralization. In the grand scheme, no one really have privacy under centralized systems. Decentralization is an immediate need of the world. Therefore, people blaming the hack on Bitcoin is inappropriate.

It must be noted that it’s twitter that got hacked, Bitcoin never was, and Bitcoin has never been hacked because it is almost impossible. People in the crypto space think this is a mishap for the industry which I felt the same for a minute but I think this is also a call for adoption. This is a message to people who can discern enough to understand that Bitcoin remains revolutionary.  Bitcoin wasn’t the object of scam because it was the easiest to scam people through; as I said earlier they could have manipulated the big companies’ stocks to make a lot more money than they had in Bitcoin scamming. They chose Bitcoin because it is the only global consensus digital currency accessible to anyone. They knew Bitcoin has no boundaries or any centralized affiliation and anyone at all can own it and it is the easiest accessible store of value now in the whole world.

I believe a lot of people know Bitcoin and how it works as well as its bad publicity relating to scam issues. Also, most people think that the fact that they scammed in Bitcoin it is easy to go away it with but that is not the case at all. Bitcoin Exchangers and wallet providers have flagged these wallets containing the funds and for that, tracking wherever the funds go and to get hold of them (scammers) once they try to spend it on any of the exchangers. As far as this incident goes, it is also selling out the crypto space and most people will get to know about it just like everyone is talking about Bitcoin and other cryptocurrencies for the past three days, and yes people will research and know more Bad publicity can be a good thing and beneficial here.

The reliability of our safety on these social networks is the problem here not the reliability of Bitcoin. Bitcoin was just a means by which the hackers used to scam people and that does not make Bitcoin a scam. We hear people’s bank accounts getting hacked every day where in the situation, their dollars, pounds or euros are lost to these hackers and it becomes untraceable. In such cases  we don’t call the dollar, pound or the euro scam, it is the same situation with Bitcoin and I hope people understand this and not be biased.

The problem is not Bitcoin, the problem is people and centralized systems. What I mean is that looking at the points above, it takes a greedy and naïve person not to process these information and agree to it. In a world of technology like now, there are better ways to do things. And just so you know, this is a common scheme we come across every day in the crypto space where people trick others to send them cryptocurrency in hopes that they double it for them and for everyone in the space, it is quite a norm to fall victim for it. Because of the internet overloaded with information in our current era, people find it difficult to process the right information, if not I do not think any of the people targeted would have heeded to what the hackers tweeted. Although it is possible, no one will ever play that much with their money no matter how much they have and for that the public must be aware of tricks such as these, for there is no free money anywhere.

Now the public interest has shifted, people are asking where the hackers came from, but then I want to state empathically  that, Bitcoin is not the problem nor a scam in this incident. Maybe you should just ask yourself why the hackers chose Bitcoin over the other means they could have made more money than the Bitcoin they had. That is enough to tell you that Bitcoin and cryptocurrencies are revolutionary and the world is in immediate need of decentralization. Although, Bitcoin and how it works will not be convenient and pleasing enough for everyone and the system will not be one hundred percent flawless, you can not take away the fact that it is revolutionary and remains the number one accessible digital store of value globally. That is the only reason the hackers could choose it.