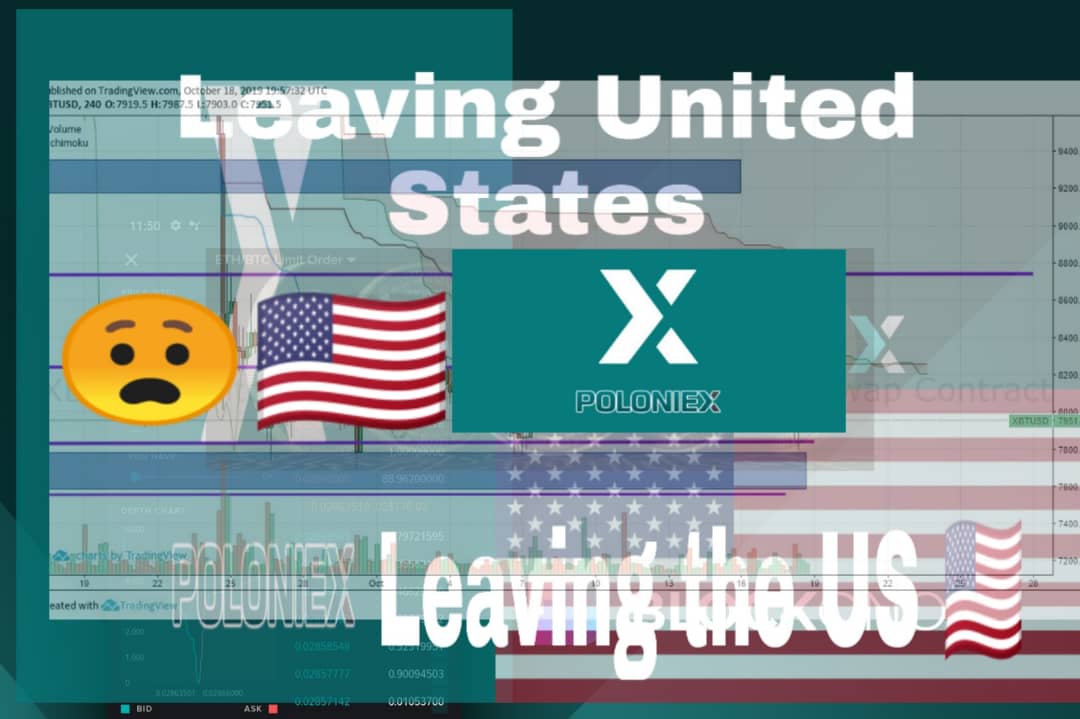 Over the weekend, Poloniex customers received a sudden announcement as Poloniex leaving the USA and moving out of Circle. The financial services that acquired Poloniex back in February 2018 with plans to restructure it to a regulated exchange, according to the US SEC rules. But seems the US Security and Exchange Commission is mounting pressure on crypto-related business and refused all ETFs related to Bitcoin and mostly crypto-related ETFs. The pressure is closing in on Poloniex and they are leaving the US to join an Asian Investment group with over  $100 million deal to expand Poloniex to compete in the International market with exchangers like Binance and Bittrex.

Everyone will ask why a company that was purchased half a million dollar by Circle is going for just $100 million deal, now government pressure is closing in on Poloniex, they are not leaving the US because they want to, they are leaving because hell awaits them if they don’t.  Apparently, the US has tried to bring every unregulated exchange down off late and the SEC is closing in surrounding all their licenses needed for their operation. Because of the trade war between China, the US, and Europe, the US is doing everything possible to sustain the dominance of the US Dollar and fight for maintaining its capitalization. The fact that we don’t have a digital dollar yet is most likely where the world is headed and any virtual currency like Bitcoin is a threat to the USD. So far as any business related to crypto is a threat, Poloniex is another. Poloniex announced yesterday as well as the circle that, they are parting ways and wished each other well.

To put the journey ahead of them on a whole different level Poloniex is starting to give 0% trading fee until the end of the year, starting on 21st October 2019 coming Monday and promising more exciting features after this one.

From yesterday that they announced leaving the US, customers in the US cannot create a new Poloniex account and this does not affect the non-US customers. US customers have now up to 1st November, 2019, to trade on the platform after that all trading operations will be ceased.

When trading operations for the US customers end, they will be able to withdraw funds from now until 15th December 2019.

In a Circle blog post, circle wished them farewell and said as Poloniex moves out, they are excited to be able to grow mainstream use cases for payments, investments, lending, and fundraising built on open rails of crypto and public chains. Though Circle planned executing a lot of plans to take Poloniex on the next level, all these never materialized because of a threat from the SEC to register Poloniex as an SEC-regulated exchange.

In fact, Binance knew this government pressure and SEC closing in and stopped operation and started a new platform for the US customers and in my opinion, every unregulated exchange in the US got to take their stance as soon as possible. Though governments will fight the industry, the smart ones will always survive.

Alipay and WeChat Pay Banned Bitcoin and Other Cryptocurrency Transactions After It was Used to Purchase Bitcoin.

2019 the year for Bitcoin Accumulation