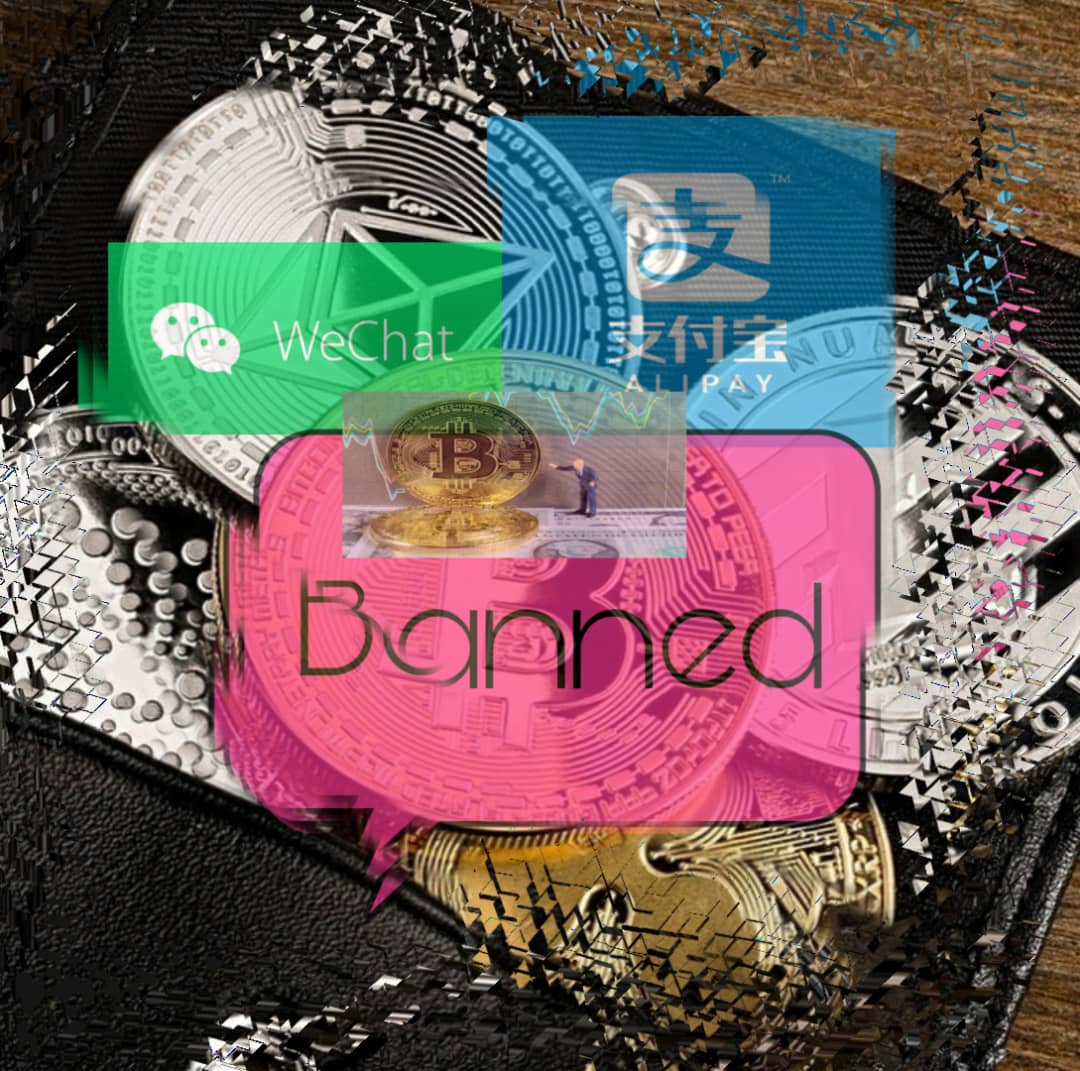 Alipay and WeChat Pay Banned Bitcoin and Other Cryptocurrency Transactions After It was Used to Purchase Bitcoin.

A few days ago on twitter, one account asked Binance to confirm that they now accept fiat on-ramp for crypto purchases through Alipay and Wechat pay and this question got an answer from the Binance CEO CZ confirming that you can actually use the Alipay and Wechat pay to purchase crypto on Binance P2P platform. This answer came from CZ official twitter and the next day Alipay’s official twitter handle tweeted that, using Alipay to purchase cryptocurrency is considered over-the-counter and therefore it is irregular and does not abide with the regulations of the payment system and they are going to ban all cryptocurrency-related transactions. Also, if any transaction was identified as being related to Bitcoin and any other cryptocurrency on the payment system Alipay will immediately stop it. Alipay officially affirmed that using the system for cryptocurrency-related business is prohibited.

WeChat later followed up with Alipay’s announcement and also announced they will never support Bitcoin or any other crypto-related business and those already using it, are not officially working with any cryptocurrency merchant and therefore they will not allow it.

Actually, when you analyze China and its relation to Bitcoin, most Bitcoin mining farms are stationed in China, and on the other hand, the Chinese government loves Blockchain technology but hates Bitcoin and other decentralized cryptocurrencies for the fact that their government cannot control Bitcoin. Apparently, WeChat and Alipay are big companies in China and because of its dominance, it is more like state-owned and cannot go against the government. Also, they quickly clarify their stance to pretend to hate Bitcoin and other decentralized currency because of the government’s pressure, just as companies withdrawing from the Facebook Libra project because of government pressure.

Binance is the biggest cryptocurrency exchange in the crypto space now by trading volume, though it was founded in China they quickly moved their headquarters to Malta prior to the Chinese government announcement on banning cryptocurrency. According to a little research I did from a friend in China, people have been using Alipay and WeChat pay to buy cryptocurrencies over the years from minor P2P exchangers in China and these transactions was never labeled as cryptocurrency transactions and therefore was hard for the payment systems to monitor and notice that. They only got to know after Binance started using it because Binance is so famous. Just to know, Binance also offers peer to peer crypto trading, and the fact that that announcement came from Binance officially, crypto-related transactions from that moment got banned on both platforms.

CEO of Binance CZ Changpeng Zhao confirmed that, though Alipay and WeChat pay could be used to purchase cryptocurrency from Binance but they were not working with those payment systems officially.

Chinese government hates Bitcoin but the citizens are allowed to hold Bitcoin. Looking at this scenario, a couple of months ago it was alleged that China wanted to launch its state-owned crypto and later they disregarded the claim. This confirms that claim, China still has got plans to launch its state-owned cryptocurrency. Therefore, bigger dominated companies like Alipay and WeChat can help in their crypto distribution and they have got to cease every possible way any other project in the crypto space tries to penetrate the Chinese market.

What you should know by now is that Bitcoin and other decentralized cryptocurrencies are a threat to governments, currency printing is big business for the government, and allowing decentralized virtual currencies to get in the way will be a major setback for the government currency business. When people finally realize the potency of Bitcoin and other decentralized virtual currencies, and the freedom it gives, a lot of people will join the train. This calls for more adoption and bulls. If you understand what I mean, the fact that finally, something is a threat to the government and they can’t really stop or cease it, because it is a worldwide innovation and no one can stop it.