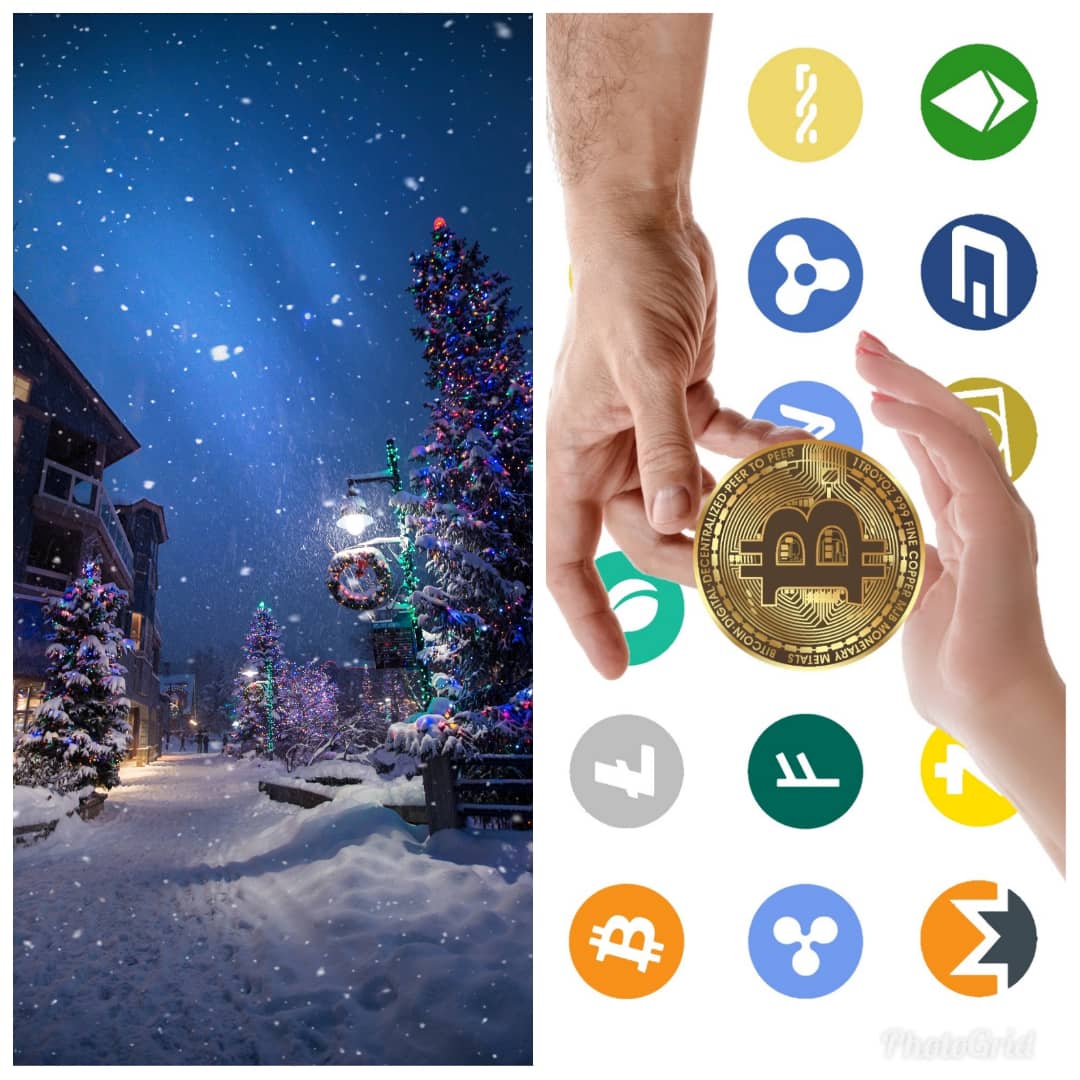 As at this moment, there are three ways people holding altcoins are doing right now. Some are hedging into tether, others are selling and buying Bitcoin with it while the rest are holding their bags in anticipating of the altseason. 2019 has proved everyone wrong, while Bitcoin did rally almost to $14,000 as anticipated, altcoins were supposed to pick up the pace and rally behind. Just as we say trading is dynamic, so is the market, and now there is a shift in market intelligence and what is happening is the opposite of the altseason. Investors get smarter as to which asset they are going to choose beside Bitcoin, it makes it difficult for any alternative coin at all to rally behind Bitcoin. The shift in market intelligence is making people realize that they need a real asset with some sort of intrinsic value and of use case that will create consumer needs and not just any crap alternative coins. As a new way to go now, some gems are already doing pretty well like they are in their altseason while a majority of the altcoins are looking extremely worse in the chart.

While a majority of the altcoins are wrecked, few gems with real use cases that are creating consumer needs are really doing well in terms of rallying behind Bitcoin and giving us a reasonable amount on ROI in it all up to to date performance. Alts like chainlink has been doing great in terms of performance but it is all happening because of the service it offers the space. Chainlink is a decentralized oracle service provider to connect the smart contracts, which is a second layer Blockchain with data outside the Blockchain since the smart contract Blockchain can’t access data outside the network. Oracle as in Blockchain so far as the smart contract is a concern, is additional data needed to let the smart contracts function properly in case it requires data outside the network, the oracle takes care of the external data and helps the contract execute by providing the external data needed. With such a use case Chainlink is outperforming the rest of most altcoins.

Other alt gems include REN which is also performing well with its actual use case providing interoperability to decentralize finance on the Blockchain which is currently 73rd on coinmarketcap ranking and performing pretty well in terms of rallying as we anticipated. Not only the once mentioned above but also Bitcoin SV after getting delisted on Binance had a breakthrough performance to its all-time high this year.  Coins like CRO and proof of work coins on the Blockchain are doing pretty well.

Talking of altcoins that are doing well in terms of ROI (returns on investment) we cant talk about it and not mention Binance, BNB  as a matter of fact, this year has done very well and I should say as at now exchange tokens like  Huobi token, OKB OKEX coin, KuCoin shares, etc are doing very well too.

That is the shift in market intelligence that I am talking about; if you ever thought it was going to be easy like 2017 in the next coming years then I will tell you now, that the whole cheap ideology of making money is over. If you were ever an ideologue of that, you will have to start changing the way you think now. Because as at now whoever approaches the market with the 2017 mentality will surely get wrecked, especially now that the monies coming to the altcoin market is going into bigger caps.

Like I was saying, people are coming in for real assets with a real use case, something worth investing for a long term and not a short term that will make them a few bucks. As investors get smarter, few monies come in the alts market but the rate at which they withdraw is outweighing the demand so probably let’s take a look at the altcoin marketcap chart and as well as its dominance to see what we got there maybe the altseason is preparing it to shake everything up the opposite of what we are thinking.

Taking a look at the altcoin marketcap chart right now it sits around $98.2Billion as of July 23, 2019, after it yearly low around $85.5Billion it bounced all the way back to $102Billion plus and currently struggling on its way forward. Taking individual alts chart in terms of technical analysis majority of the alts seems not to show any sign of a bounce back to the uptrend but the whole altcoin market seems to have it turn already to its upside breaking the 200-day Exponential Moving Average and price coming right back to sit on the 200 day EMA line which poses a sign of struggle. Though we have a quiet balanced volume as to not seeing more buy volumes than the sales, it seems to be in balance with the sell volume outweighing the buy volume overall which is not a good sign for altseason. As in a time like this, we need more buyer volumes to increase at all costs if we are going to see any altseason soon. I used the money flow index instead of the RSI because I wanted the overview in a long term scenario as to the flow of money running through the altcoin market year-to-date. Money flow index does not look good at all as to the range of 0-100 it sits around 27 which indicates an extremely bearish scenario as well as heading down with a little sign of reverse which we hope to see how it plays out in anticipation to the altseason.

On marketcap YTD (year-to-date) chart from the beginning of the year up to now, we have seen a major decline since last month June till now that we are speaking altscoins have lost a lot of value the last couple of months as more day traders sets into profit in short term, maintaining a consistent balance of trade volume in 24hrs volume chart after a volume declined from $100Billion and setting around $98Billion.

Altcoin marketcap from Beginning of year to date

Concluding this whole issue in a general scenario as to when people can possibly see the altseason, I must say everything is uncertain right now. We need more monies and buy volumes to push up the current alts for a bounce-back in an uptrend. Having said that, the majority of the monies coming in the market are entering into mostly PoS(Proof of Stake) projects, alts with a real use case that got some sort of intrinsic value and exchange tokens. We will need a balance in the flow in new monies if we are going to see the altseason or else the most projects will keep getting worse as investors are getting smarter.

I believe in the next years ahead, things are going to be a little difficult to make the right decision to choose the proper altcoin to invest in. The competition will grow, people will become smarter and most projects will die and most of the altcoins you see today will be no more or useless. It will be better to be making a sound investment decision after putting in a lot of work in researching because I believe the decision as to which alt is better to choose is going to get tougher. I suppose if it was easy anyone else will be doing it that’s why it doesn’t have to be easy; the market will reward investors accordingly. And so if you are holding altcoins you should know by now there is a shift in market intelligence as to what can happen and what is happening in this will help you will know what to expect.