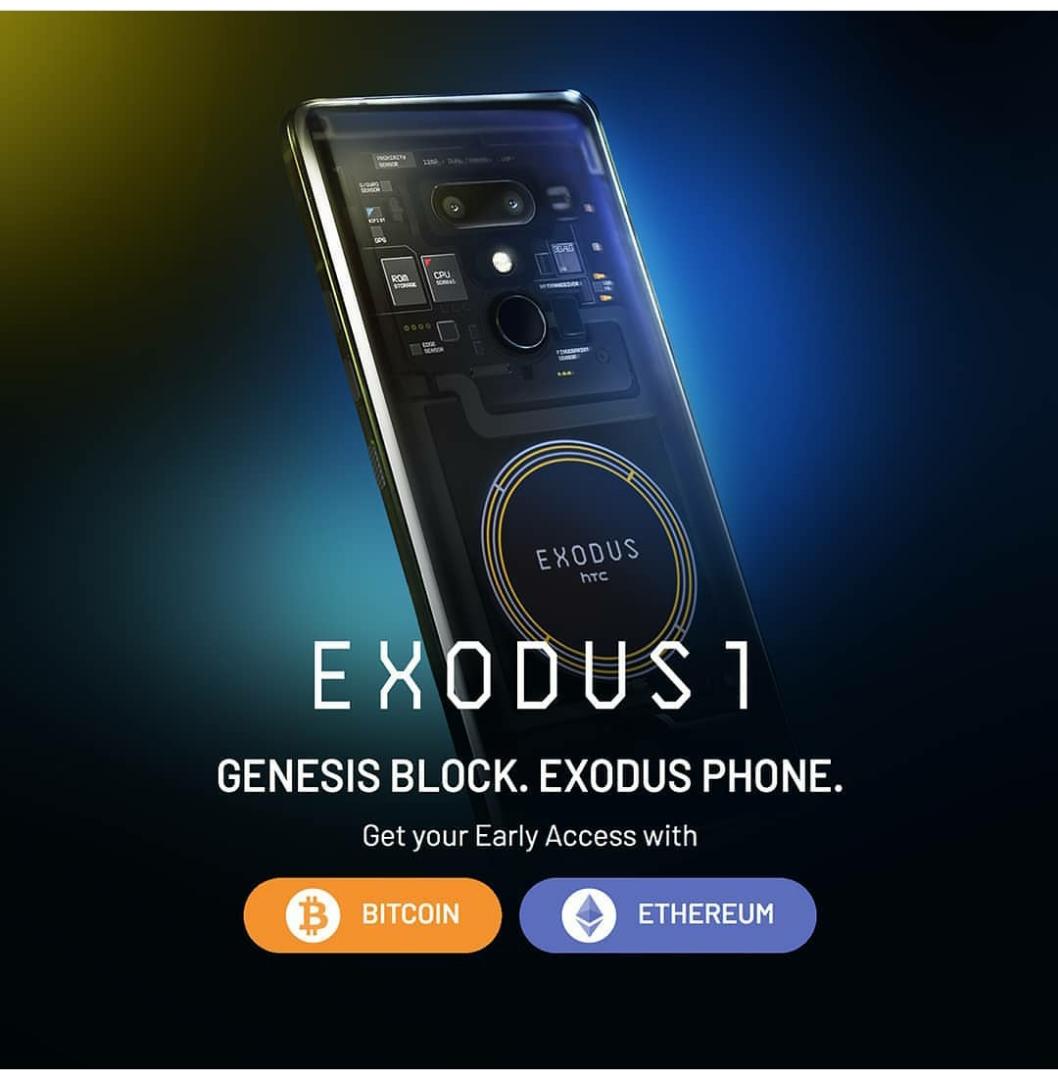 The global consumer tech giant, HTC, over decades as we know do manufacture android devices.

The Exodus 1 protected by Android OS; The Exodus 1 has a 6-inch HD+ display with an 18:9 aspect ratio. There are 16-megapixel dual rear cameras and 8-megapixel dual selfie cameras with a bokeh effect, and it’s capable of recording full 4K video at 60 FPS. The phone will be powered by a Qualcomm Snapdragon 845 processor, has 6GB of RAM, 128GB of storage, and a 3,500 mAh battery. It runs Android Oreo and it is dust- and water-resistant with a rating of IP68.

The early-access version of the HTC Exodus is now available for pre-order, the company announced that the product must be purchased with cryptocurrency.

HTC’s decentralized chief officer, Phil Chen, told CoinDesk that the company is hoping to get feedback from the blockchain community about the early-access version in order to improve upon the device.

HTC made a social key recovery mechanism in case your phone is lost, stolen, or you misplace your key information you will be able to keep the recovery details

The EXODUS 1, announced at the CoinDesk Consensus conference in May that the device includes “a secure enclave” that will store a user’s cryptocurrency keys and will be kept protected from the Android operating system.

Further, to protect users who might lose their phones or otherwise forget their keys, HTC has built a “Social Key Recovery” process. Users will be able to designate a few contacts as “trustworthy,” and each contact will be able to download a key management app.

The user’s recovery seed will then be split among these trusted contacts. If a phone is lost or stolen, or a user forgets their private key, they can use these contacts to regain access to their funds.

HTC also intends to release application program interfaces (APIs) for third-party developers, allowing them to use the EXODUS 1 to protect keys and sign transactions. Also, in the works are plans to push a software development kit (SDK) for its wallet for partners who will help HTC expand its blockchain ecosystem.

HTC’s decentralized chief officer, Phil Chen, concluded with  CoinDesk that “the goal is to start with the blockchain community and get their assistance in making our wallet and the technology even more secure, in essence testing it out and providing feedback and suggestions as well as solutions via email’

You can Pre-order the phone for 0.15 BTC or 4.78 ETH, and the device itself will go on sale in December.